While there has been increased attention on protection from viruses and harmful microbes since the onset of the global COVID-19 pandemic, the desire for antimicrobial solutions is nothing new.

Throughout ancient history, civilizations have used a range of natural substances for remedies to protect against fungus, mold, bacteria, and diseases. As referenced in Iliad and Odyssey, Homer’s poems from 800 BC, many references were made to control fungal disease by using sulfur. Embalmers from ancient Egypt used bandages infused with cinnamon to control mold. In more recent times as reported in ScienceDaily.com, researchers from Spain have developed a new type of waxed paper packaging made with cinnamon oil that is shown to prolong the freshness of bread and other baked goods by up to 10 days.

It was recorded in the Bible over 3,000 years ago that mold was such a health hazard it was thought to have been the culprit for infectious diseases like leprosy and other skin diseases caused by spore-producing mold or bacteria. Residents with a mold problem were directed to have the high priest remediate the dwelling and if mold was uncontrollable, homes were just burned.

Metals have been used for over 3000 years to protect against various microbes. Ancient Egyptians and Greeks learned long ago that silver vessels kept water and other liquids fresh. It is believed that the wealthy stored their food in and ate from silver to prevent bacteria from growing which is one reason thought to have prevented the wealthy class from the worst effects of the plague. Copper was also used by ancient societies such as the Aztecs who would gargle with a copper solution for a sore throat cure and copper was used by ancient Egyptians to cure headaches and skin conditions, and sterilize drinking water.

Fungicides with copper sulfate were developed in 1767 and lime sulfur was introduced in 1802 to control powdery mildew on fruit trees. A Frenchman discovered in 1882 that grapevines with a mixture of copper and lime sulfate sprayed on them were free from down mildew. This discovery led to the typical mixture ratio of copper sulfate: to calcium oxide: to water of 3:1:100, which is still in use today.

Throughout history, societies have found ways to protect civilizations against mold, mildew, and harmful microbes.

The same concerns about infections from viruses, bacteria, fungi, mold, mildew, and microbes still exist today, although modern science has come a long way since the ancient methods of food preservation and storage used to mitigate disease. Mildew and mold are still recognized as a serious problem that can cause millions of dollars in damage to residential homes and office buildings. Antibiotic-resistant superbugs are still a concern in hospitals.

As reported by the American Coatings Association, Dr. Chuck Gerba, a professor at the University of Arizona on environmental microbiology, stated in 2014 that “the next generation of hygiene” will come from antimicrobial surfaces that are continuously acting as protective coatings infused with silver, copper, and microbe-resistant quaternary ammonium salts. Additional studies showed how effectively viruses are transmitted from surfaces by seeding a virus tracer on a doorknob in an office space where half of the 100 employees contracted the virus tracer within four hours. If an antimicrobial coating surface had been applied to the doorknob, the virus would not have had the ability to be further transmitted and infect any staff.

Antimicrobial coatings destroy the enzymes or membranes surrounding the molecule with active ingredients such as copper, silver, or quaternary ammonium salts, that destroy the protein structure of the microbe and render it unable to replicate and cause harm. One of the greatest advantages of antimicrobial coatings is the continual disinfection that remains on the surface.

Manual cleaning practices are still necessary as viruses or bacteria can still land on surfaces like a floor and be stirred up as people walk across the surface. Antimicrobial wall paints, however, can help to stop the spread of these harmful microbes. Antimicrobial coatings used in wall paint for hospitals, for example, are shown to be effective in killing and stopping the transmission of up to 99% of superbugs such as E.Coli, S. aureus, MRSA, and vancomycin-resistant enterococcus (VRE). If antimicrobial coatings were applied to the floors in the first place, the virus could be denatured initially and prevent it from becoming airborne.

UNICHEM offers uniCLER antimicrobial coating technology for surface coatings that are resistant to bacterial and fungal growth. We offer customized solutions to partner with our customers for the highest in quality of coatings, paints, and adhesives. Contact us to learn more about protecting your environment with uniCLER antimicrobial coating technology. 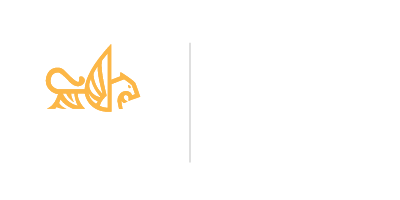 UNICHEM is a proud member of: